When my partner, Dan got a new job in Manchester and we decided to move from Edinburgh to Liverpool, one of my main concerns, other than leaving behind family, friends and my beloved home city, was no longer being in close proximity to such awesome mountain biking trails. 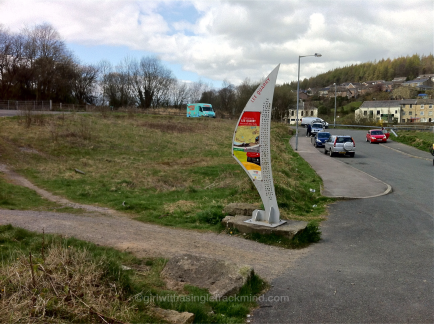 However, since moving down I’ve realised that I’m going to be spoilt for choice, with loads of great places to ride within close proximity. Having already been to Gisburn Forest and Llandegla over the past couple of weeks, we decided to pay a visit to Lee Quarry on the outskirts of Bacup, just north of Manchester. I’d never been before, and although Dan had done some trials comps there back in the day, he’d never ridden the mountain bike trails.

Although there’s an excellent network of trails at Lee Quarry, there’s no trail centre or car park, and when you arrive it just feels like you’ve come to a dead end in the road. The trails are well signposted though and there’s a map at the start detailing the 10km of red and black trails, skills area and two pump tracks. 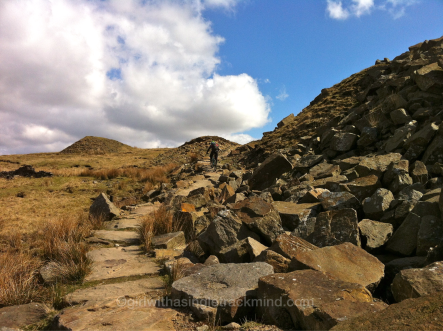 The route begins with a climb straight up a gravel road to the bottom of the quarry where it joins the first section of singletrack, which involves a pretty technical climb over uneven slabs, aptly referred to as ‘the staircase’, to the top. From here you can take your pick from several different short loops of varying degrees of difficulty. There are loads of berms, jumps, drops, tricky climbs and log skinny set ups that you can session for as long as you want. It’s basically one massive playground for bikes! 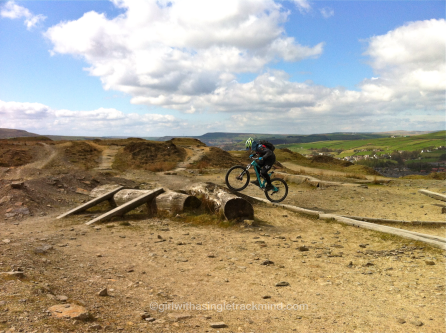 Once we’d finally managed to tear ourselves away from the fun park, we took the longer black trail, which takes you over to another part of the quarry. It’s a technical trail, mainly constructed of uneven slabs, with some big drops and a steep, narrow ledge that winds down the quarry wall to the bottom. It’s not for the faint hearted or those who struggle with rock gardens as there’s not much margin for error, and a wrong move could see you toppling over the edge. Think Danny Macaskill in The Ridge, but without quite so far to fall! Or, at least, that’s what it felt like.

When you get to the floor of the quarry, a similar type of rocky trail takes you through a swamp, where losing your balance merely leads to becoming covered in slime rather than breaking limbs.

The end of the trail brings out at the link that takes you over Cragg Quarry, which starts with a track that winds up over Brandwood Lower End Moor for just over a kilometre. It’s a fairly gentle climb but the moor is quite exposed, so if you’re riding into the wind, it can be a bit of a slog. Once you get to the top, it’s downhill for around another kilometer to the start of the 6.5 km loop round Cragg Quarry. It’s a great little trail that swoops up, down and around the old quarry, with plenty of berms and rocky terrain to keep it interesting. The climbs and descents come in short, sharp bursts, which can be quite tiring, particularly as you’re invariably fighting against some incredibly strong winds. I even got blown off my bike at one point!

Other than the odd sheep, there was no one else there and it felt as though we’d stumbled upon some awesome trails that no one else knew about.

After completing the loop, you can just retrace your steps to get back to Lee Quarry, and the track across Brandwood Lower End Moor that was a bit of a tedious climb on the way over, becomes a fast descent with loads of little jumps and drops to hit on the way back down. However, the wind speed and direction will have a bearing on just how fast you’ll be able to take it. Frustratingly we were riding into a strong headwind, which made it difficult to get as much speed as we wanted. 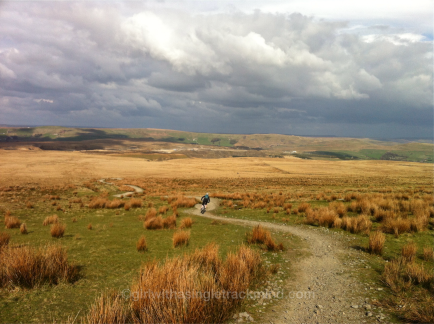 At the end, you can either follow a track directly back to the start point or rejoin the Lee Quarry red loop, as we did. This final section offers incredible views of the surrounding area, which is more reminiscent of Arizona than the north of England. The final descent back to the “car park” goes via one of the pump tracks, which is a fun way to finish up the ride. 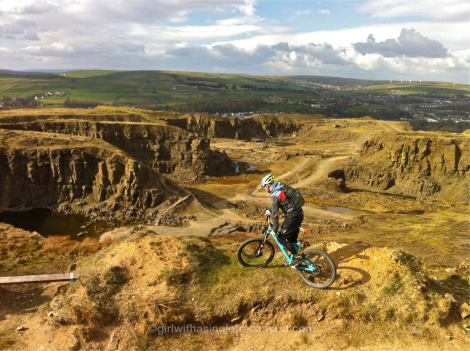 Lee Quarry is nothing like your average trail centre. All of the trails are marked red and black and much of it is pretty technical. Even Cragg Quarry, which is more of an XC loop, can be pretty challenging if you want to ride it well. There are no epic descents but it’s a great place to go if you want to have fun honing your skills. I’ll certainly be going back to session it some more as, although I made it down the ridge, I have to confess to ending up in the swamp!

Have you ridden the trails at Lee Quarry and Cragg Quarry? How do you rate it? Share your thoughts below…

One response to “Lee Quarry and Cragg Quarry”

Over to you... Cancel reply